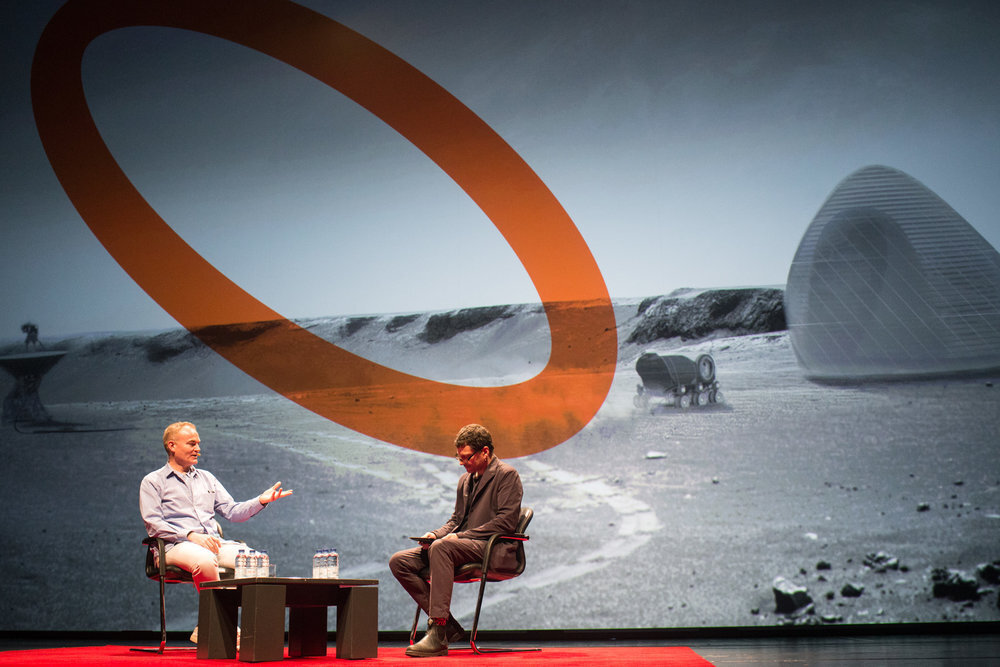 The Lisbon Architecture Triennale received as a first guest the lecture “Architecture as Argument” from the architect and urbanist Arno Brandlhuber where he exposed the role of time-based media, such as videos and (web) television, for the production of space and the architectural discourse at large.

The second guest will be Michael Morris with his presentation “5 Houses for Mars” approaching the materials found in the atmosphere of the red planet and the technologies adopted. Research on local resources, such as polyethylene, regolith (Mars cement) and ice, aims at the projection, extraction, production and robotic printing of habitats, anticipating the arrival of humans to Mars.

These conferences belong to the cycle of Critical Distance conferences that aim to share knowledge through proximity and dialogue between the audience and the speaker, amplifying the reflection field in generational and typological terms, including emergent authors and ways of design beyond conventional programs.