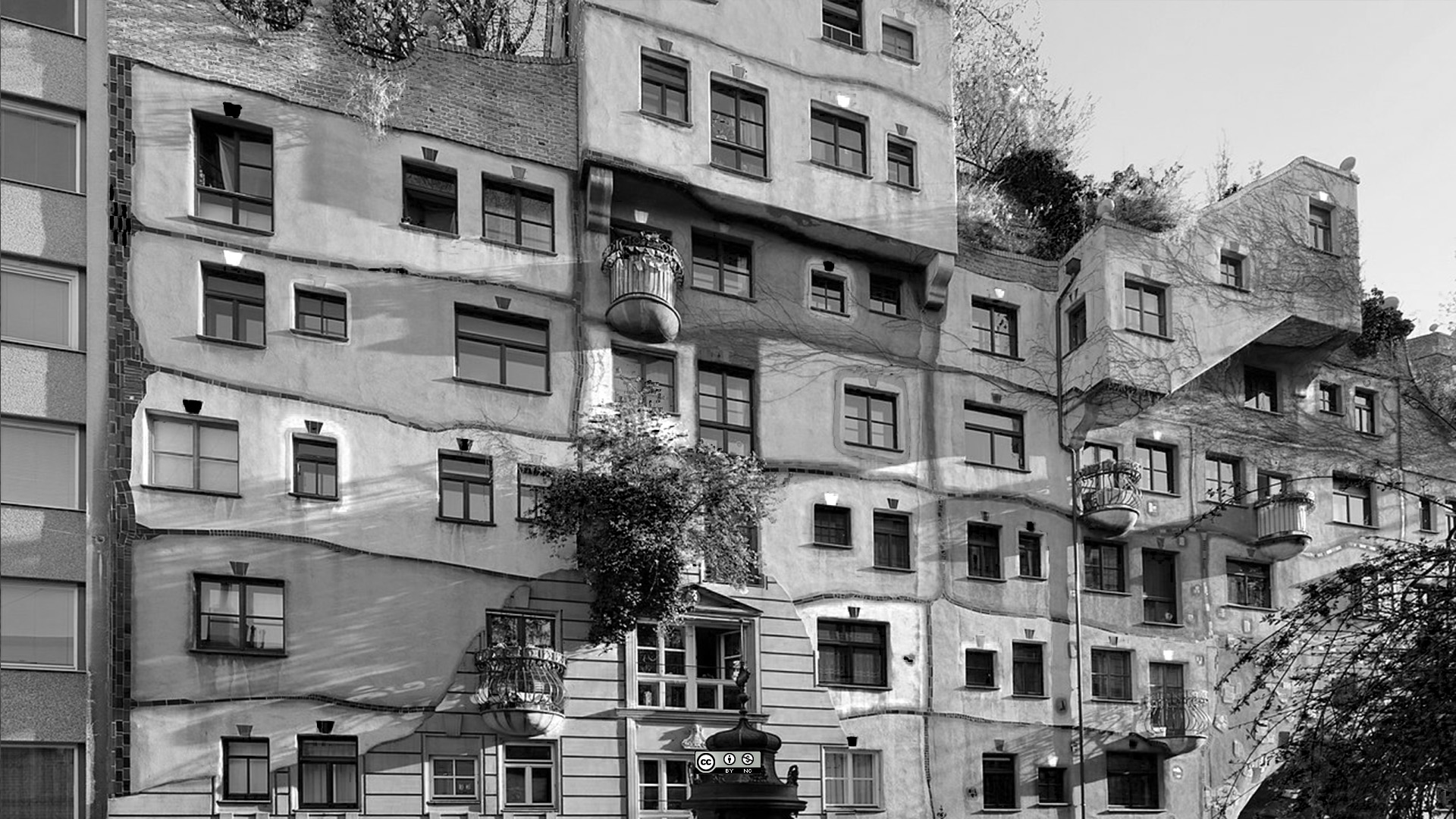 Window dictatorship and the window right

Window dictatorship and the window right

ustrian artist Friedensreich Hundertwasser (1928-2000) became famous for his coloured paintings. Yet, he his mostly known for his architecture works, with audacious, irregular shapes, bold colours and the incorporation of nature in the designs, including spontaneous vegetation and trees growing from inside the rooms. Prevalent is his Hundertwasserhaus apartment block (1986) in Vienna, an icon of the Austrian capital. Hundertwasser focused on architecture around the 1950s, opposing straight lines, functional architecture, standardization and claiming for human and environmentally friendly buildings. Yet, before starting building he produced a series of manifestoes, essays and performances.

In 1958, he read his Mouldiness Manifesto against Rationalism in Architecture on the occasion of an art/architecture event at the Seckau Monastery (Austria), in which he claimed that “a person in a rented apartment must be able to lean out of his window and scrape off the masonry within arm’s reach. And he must be allowed to take a long brush and paint everything outside within arm’s reach. So that it will be visible from afar to everyone in the street that someone lives there who is different from the imprisoned, enslaved, standardised man who lives next door.”

In the 1972 manifesto Your window right — your tree duty, he reenforced the same idea – “you have the right to transform your window and the outside wall around it as far as your arms can reach until your house fits you.” – besides claiming planting trees as an obligation. This idea was further developed in 1990 manifesto The window dictatorship and the window right, which expanded the praise for different window types.

The window dictatorship and the window right
Hundertwasser

However, if these three types of windows of the three houses belong to one house, this is perceived as a violation of the segregation of the windows. Why? Every window has its own right to live.
According to the prevailing code of rules, however, it is like this: If the window races are mixed, window apartheid is violated. The apartheid of the window races must end. Because the repetition of the same windows side by side and one above the other as in the grid system is a feature of the concentration camps. In the new buildings of the satellite cities and in the new administrative buildings, banks, hospitals and schools, the leveling of the windows is unbearable.

The individual, the individual, always different kind of person, defends himself passively and actively, depending on his constitution, against this equalizing dictatorship: with alcohol and drug addiction, city flight, cleaning mania, television addiction, inexplicable physical complaints, allergies, depression up to suicide or with aggression, vandalism and Crime.

A man in an apartment building must be able to lean out of a window and – as far as his hands can reach – scrape off the brickwork. And he must be allowed to paint everything on the outside with a long brush – as far as he can reach – so that one can see from a distance, from the street: There lives a person who is different from his neighbors, the enslaved normal people who are quartered, differs.