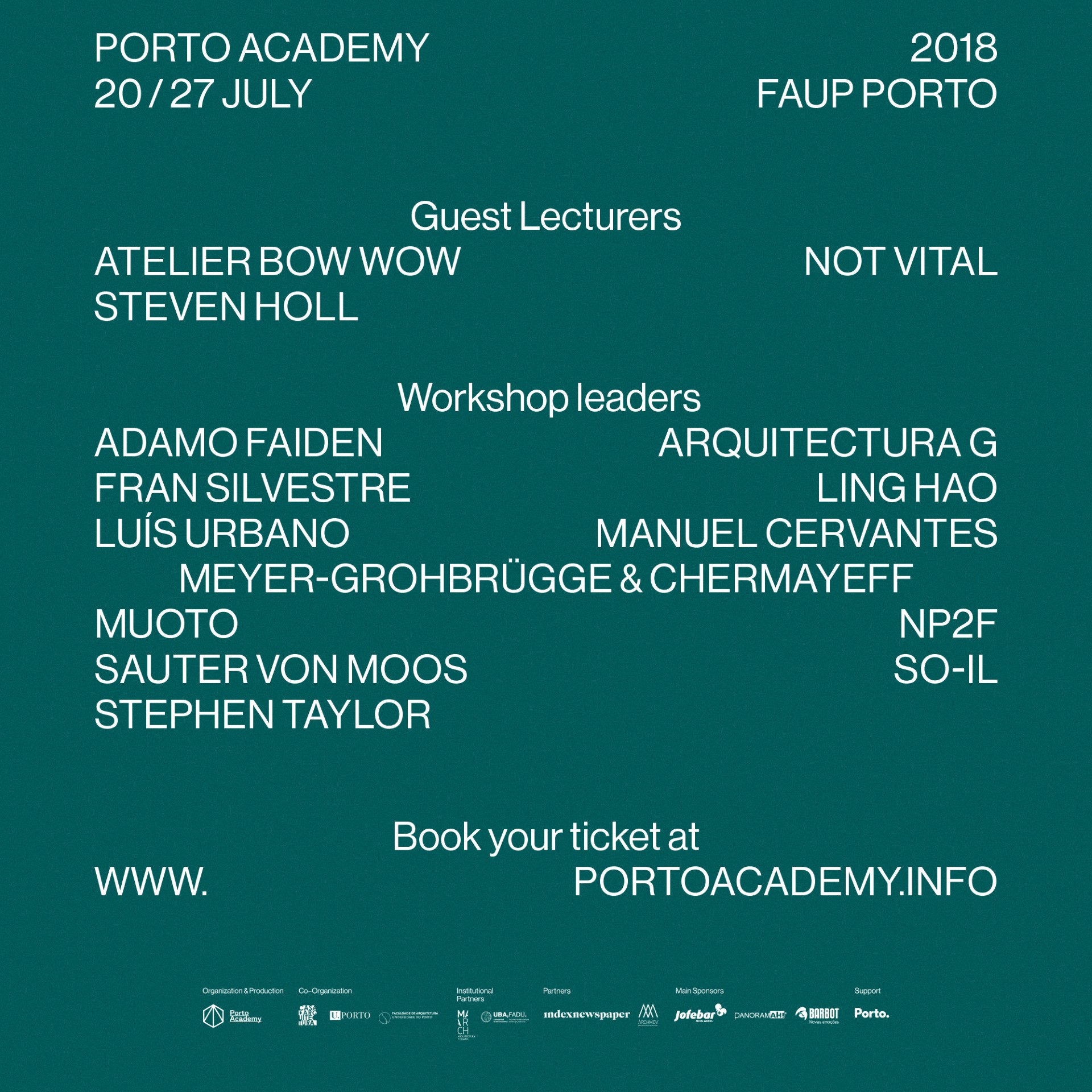 “Porto Academy is the result of an enormous passion for architecture as a discipline. We admire the figures that dream about it,who build it,who study it and who promote it.We believe that practise as an exercise of the architect’s profession is central to the future of the discipline and this was also one of the reasons we founded Porto Academy. For a week,one lives the passion for the discipline of architecture and one enjoys an intellectual freedom.” This edition features three guest lecturers: Steven Holl, Yoshiharu Tsukamoto of Atelier Bow-Wow and Not Vital, the first artist involved in the school; while the workshop leaders are Adamo Faiden, Arquitectura G, Fran Silvestre, Ling Hao, Luís Urbano, Manuel Cervantes of CC Arquitectos, Meyer-Grohbrügge &amp; Chermayeff of June 14, Muoto, NP2F, Sauter Von Moos, SO-IL and Stephen Taylor.

panoramah! has been supporting Porto Academy since its first edition in 2013, with an amazing participation of 1.300 students from 68 different countries.